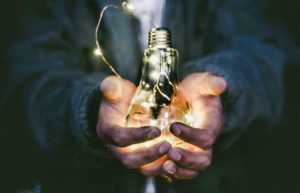 In 1959, a German-born psychologist with a repetitive sounding name, Erik Erikson, developed an eight-stage theory of development through life.  According to Erik(son), people  address specific challenges at each life stage.  Five of the stages in this theory take place during childhood, while the other three occur in adulthood.

The 3 adult stages in Erikson’s model are:

During the midlife period Erikson says that the biggest question facing people is, “Can I make my life count?”  He says we can make our lives count in 2 main ways.  One is to guide future generations (often, but not always, in the role of parent).  Another way is to work towards the betterment of society, and accomplish important things in this pursuit.

This stage is really all about contributing to something larger than ourselves.  Albert Einstein, also born in Germany, captured the essence of Erikson’s midlife stage very well through his famous words:

“only a life lived for others is a life worthwhile”

Some people will be successful in achieving the challenge of this midlife stage.  Those who do will come to experience what Erikson calls “generativity”.  Unfortunately, though, some will not succeed.  Erikson believes this is because some people are overly self-focussed and are either unable or unwilling to help society move forward.  These people will, according to Erikson, experience a sense of “stagnation”.

The important question for those of us in midlife is what can we do to make sure that we’re on a path towards generativity rather than its unattractive cousin, stagnation?  I believe we all need to find our own ways to answer this, but I think some of the following are useful elements in the lives of many:

If you find yourself in the middle years of life it would be useful to ask yourself:

“What am I doing to make sure I’m living a life that really counts?”

It’s a big question and a very important one.